Today I’ll present some of the radical creativity I came across in Mumbai, whose variety I firmly believe I spotted in the first place because I was traveling on my own.

Like I stated in a previous post about Mumbai, I’m stunned over peoples’ friendliness and endless creativity there. In fact, all of it – the crowded streets; the colors; the traffic; the cows; the food stalls; the shops – simply is a delight to a traveler’s eye!

Saying this doesn’t mean I’m unaware of the many severe social and economic issues in India, because indeed; they are very visible too and certainly not a delight for anyone. They’re as real as the summer sky is blue, and they concern me as much as it concerns me that George Bush is the president of the United States.

This post however, isn’t about Bush or poverty stricken India. It’s about the fabulous, logical and intelligent endless creativity of every day Mumbai. And sure! I can only imagine what’s to be found in other parts of India.

The first moment here, is a common sight on the streets of Mumbai. People taking a nap. Anywhere. At a fruit market I visited it made perfect sense: No such thing called a home near by? Then get comfortable on a wooden trolley that’s survived the entire 20th century, and just close your eyes. Ohm. 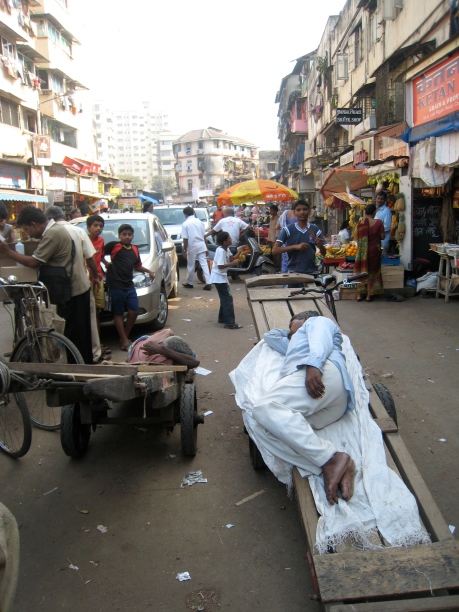 Strolling the streets, you’ll quickly notice the vast amount of scooters with side cars in Mumbai. Many of which also seem to have survived the entire 20th century. No wonder, as they’re constantly being taken care of by someone with mechanical skills. And a lot of love for useful and valuable antiques. 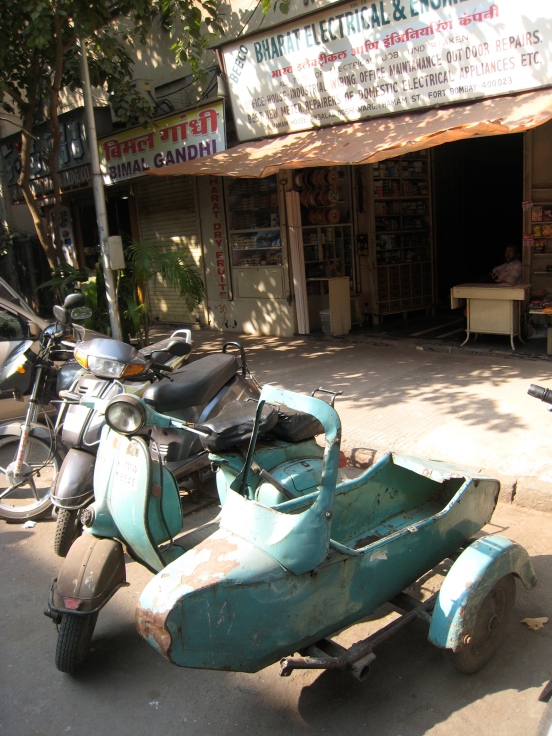 Same thing goes for this man’s bike. Not only functional as a bike; it’s upgraded to a pencil sharpener. Indeed. Poverty thrives peoples’ creativity to a whole new level. This chap even gets to exercise while working. Kudos! 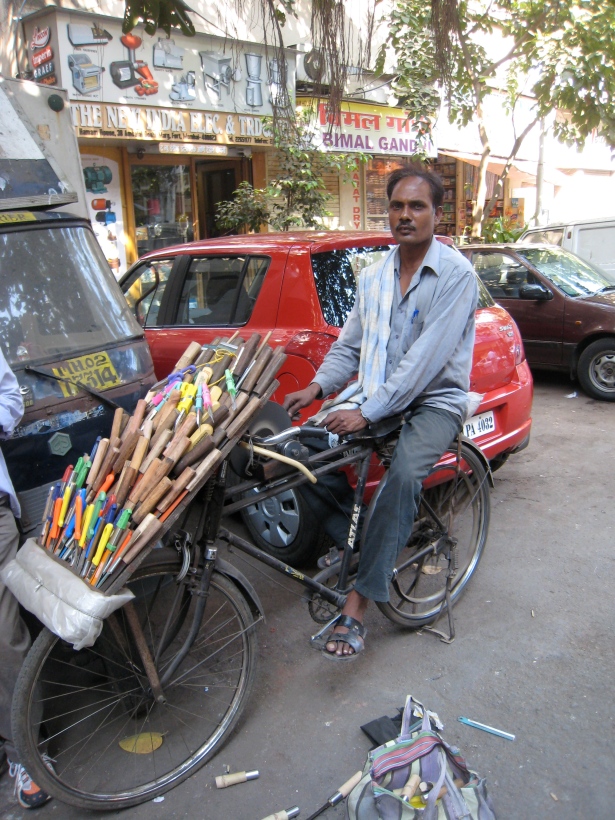 Then there are the street barbers. Everywhere you go that has a side walk, an old beer crate, an edge or just longed-for-shadow; there will also be a barber in action. Oh, how I love the sense of freedom to an open-air-barber. 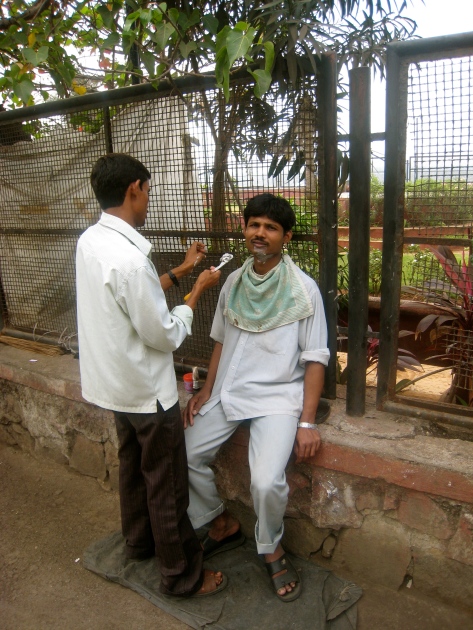 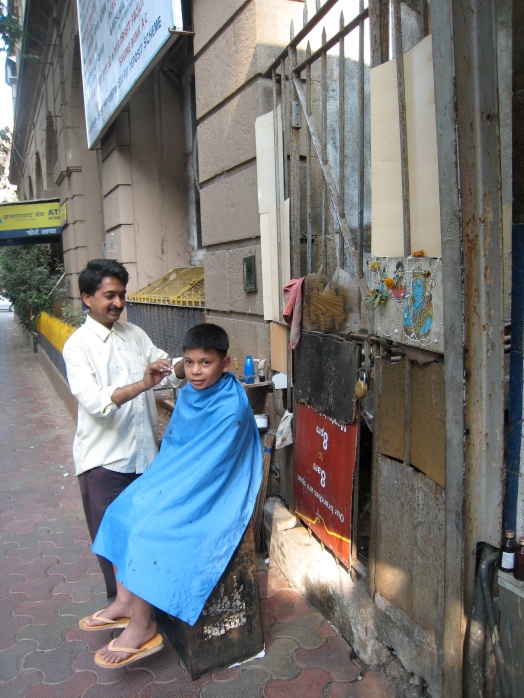 Not daring to get myself a hair cut at one of the barber shops, I wanted a hat to hide my bad-backpacker-hair-days with. One day I somehow stumbled upon a high end silk shop run by two brothers near by Taj Mahal, where I was offered tea and stories about the good old Silky way days and their family business.

Hat’s price = 50 bucks.  Common purpose of use = weddings or other traditional parties. 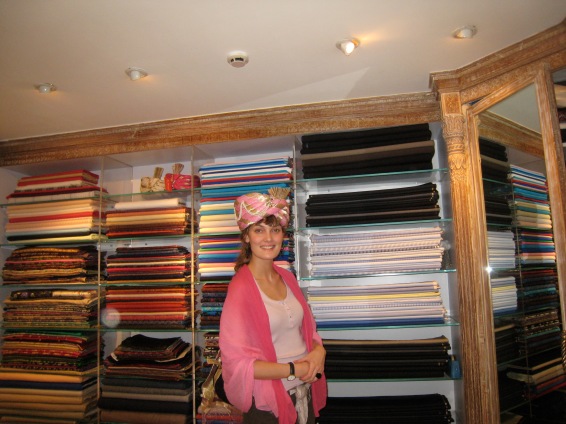 Keener to hang out with the more regular crowd of Mumbai, I later stopped next to a crowd of people on the streets. They were watching and wooing over their kids sitting in a tiny popup Ferris wheel. Its placement on the edge of a busy main road went without asking. 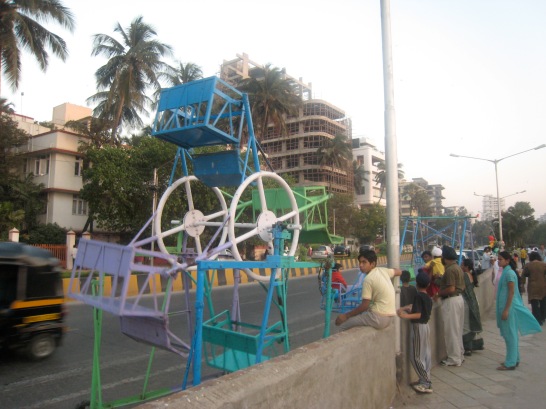 As I had been told that one of Mumbai’s most famous tourist attractions took place a bit further North, I got a tuktuk driver to take me there one day. On the way, which took like twenty minutes, I nearly fell out of the tuktuk while trying to capture the many hilarious alternative transports we passed. Hilarious to me that is. To an Indian this is nothing new.

My favorite moment was this guy. 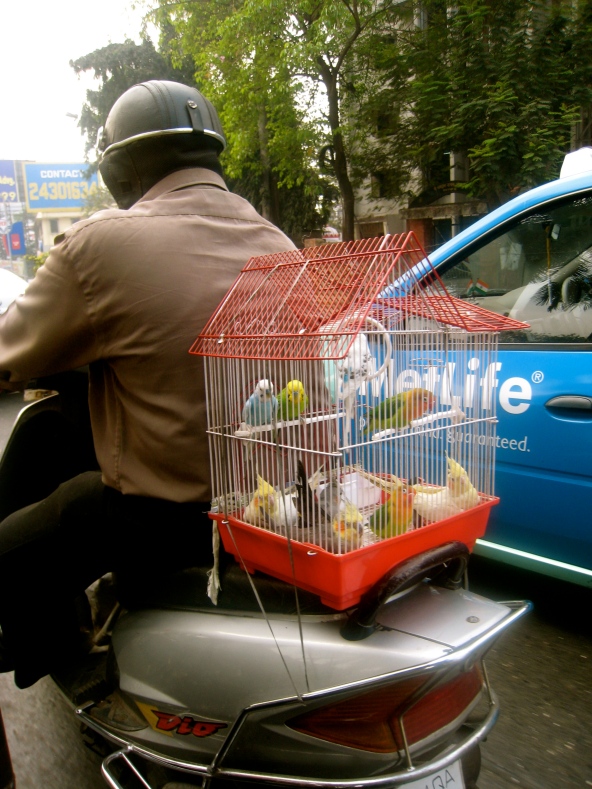 Not only was he transporting a cage with eight canary birds on the back of his scooter. He was driving like a mad man, and the birds were singing beautifully to the sound of traffic jam.

Hens being transported like this is just boring now. 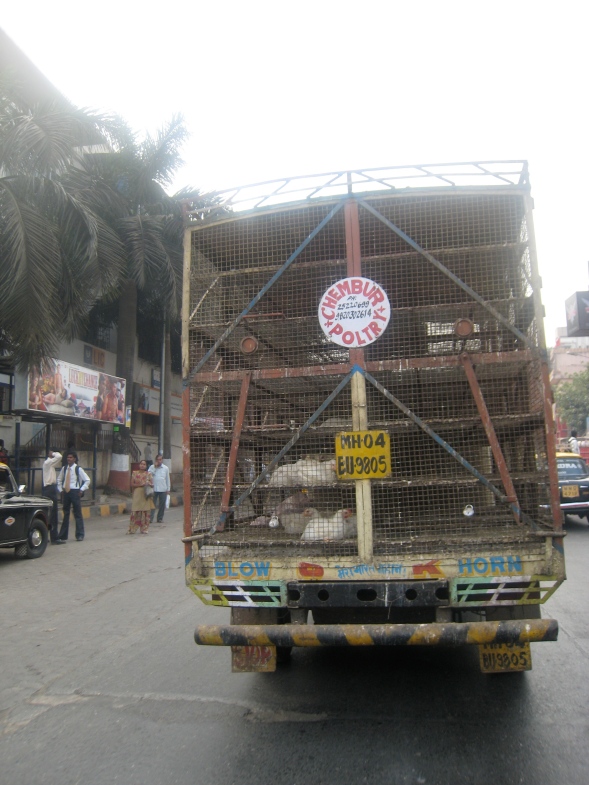 The trip up North was worthwhile solely for the experience of Mumbai’s buzzing street life. However, when I arrived to ‘one of Mumbai’s main attractions’ Id been recommended, I got it: The gigantic public open air laundry Dhobi Ghat (Mahalaxmi Dhobi Ghat) is a must see. 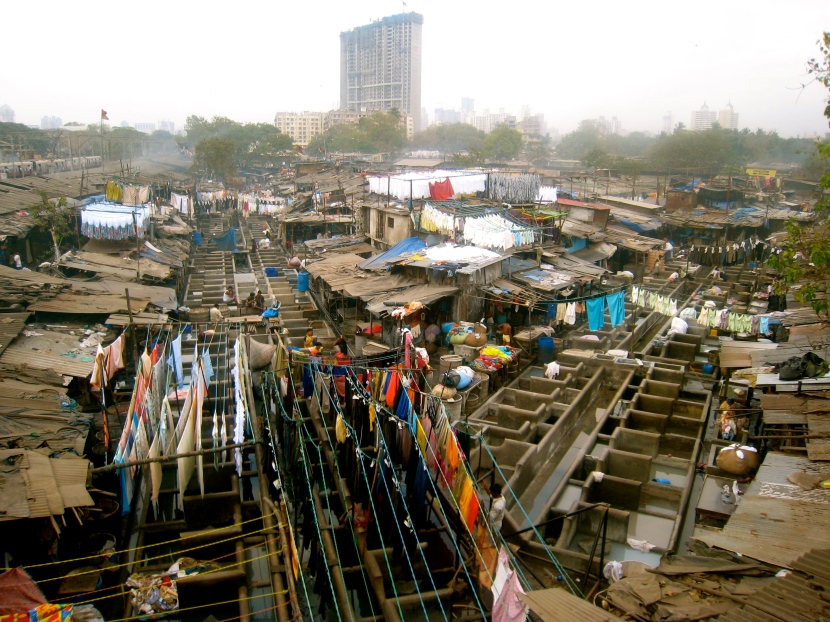 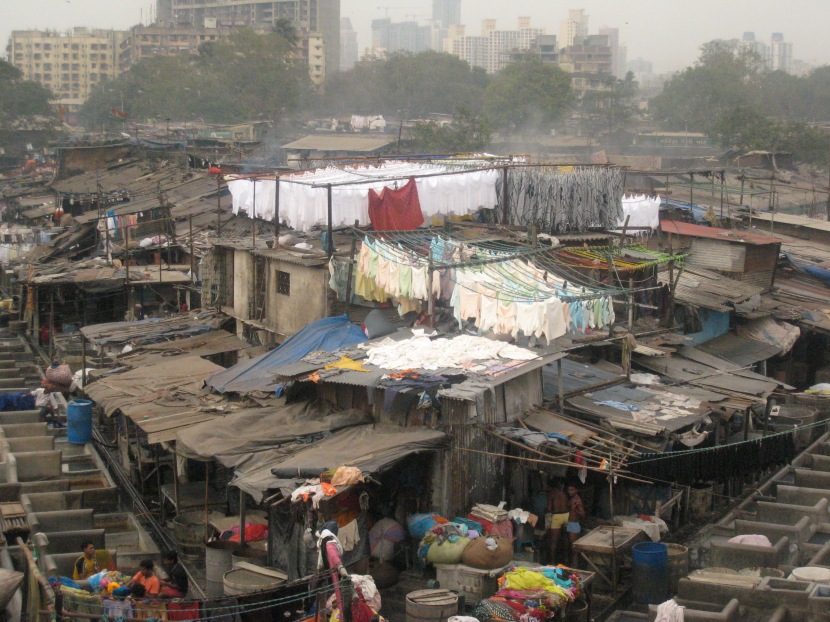 Ladies. Men. Children. Separating the clothes by colors and washing them. Children mostly separating. Women mostly washing. Men mostly smashing the wet clothes a bit drier before hanging them up. A beautiful busy symphony of hand laundering put into system.

I stood here for an hour.

I even got a new friend. With a creative hair color. 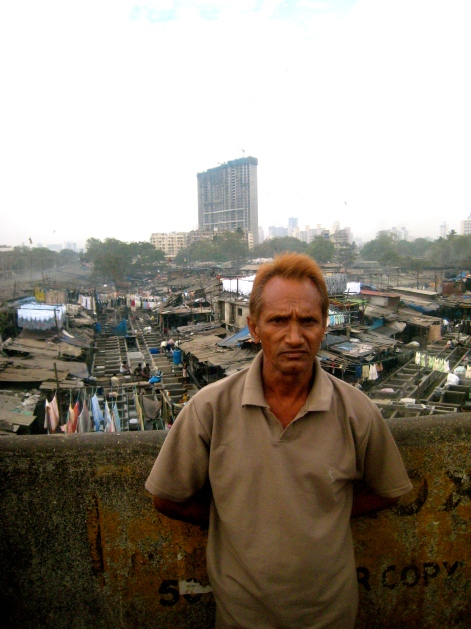 More about him and a couple of his creative moves in an upcoming post. Trust me; you don´t want to miss it!

Search for a topic